Robin Williams Was Weeks Away From Moving Into An Inpatient Treatment Facility When He Killed Himself. 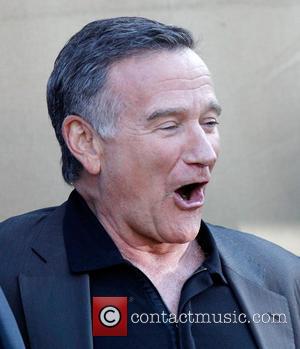 The Mrs. Doubtfire actor took his own life in August, 2014 at the age of 63, and his wife Susan has since explained an autopsy found he was suffering from Diffuse Lewy Body Dementia, also known as Dementia with Lewy bodies (DLB).

The illness causes hallucinations, motor skills issues, a fluctuating mental state and contributed to the depression he was suffering.

On Tuesday (03Nov15), Susan revealed Robin had "maybe three years" to live at the time of the his passing, and she's now explained he was on the verge of having to move into a treatment facility as he could no longer be at home.

This was decided after he suffered a head injury due to what he called a "miscalculation" in the bathroom, prompting the couple to talk to a psychiatrist.

"This is when a pivotal moment happened," Susan told People. "The psychiatrist said 'Now, Robin...' - and mind you this is a few weeks before he left (died) - 'It is no longer an option to have inpatient neurocognitive evaluation. This is now mandatory and we need to decide, you need to decide where you want to go and we're all going to figure this out.'"

After the meeting, Susan claims Robin - who was diagnosed with Parkinson's disease in 2014 - changed dramatically.

He was very upset about the bathroom incident, which had left him injured, and his mood began a downward spiral.

"This was not happy news," she said. "We were scared. We were all really scared. We didn't know what we were fighting."

The much-loved star ended his life before he was moved into a facility, with Susan suggesting had this gone ahead, it is very unlikely he would have come home again.

"By the time he made it to inpatient we would have gotten around to the fact that he has Lewy Body Dementia," she claimed. "But what I know now is that if Robin was lucky he would have made it three years. And he might have never left a facility. It was very bad."

DLB is often misdiagnosed because the symptoms are so difficult to pinpoint.

During an appearance on Good Morning America on Tuesday (03Nov15) Susan praised Robin's medical team for their treatment and called her late husband "the bravest man" she knows because of the way he handled his condition.