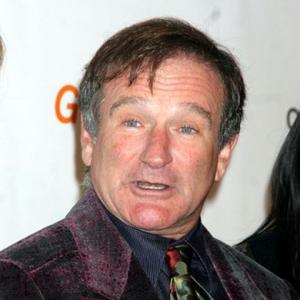 Robin Williams has married for a third time.

The 60-year-old actor tied the knot with Susan Schneider on Sunday (23.10.11) at the luxurious Meadowood Resort in Napa Valley, California, his representative has confirmed.

Robin's actress daughter Zelda, 22, took to her twitter page to reveal some details from the big day.

In a series of tweets posted yesterday, she wrote: "Let the wedding Madness begin! Dad just called @RobertKazinsky and @ShannonCollis my hetero-lifemates at the wedding. Now everyone thinks I'm a redhead polygamist ... The wedding festivities rage on but my tired feet are done. Think it's time to lay in the tub, eat m&m's and write. (sic)"

Just days before the ceremony, Susan told the San Francisco Chronicle newspaper she was "so excited and thrilled" about getting married.

Robin met the graphic designer shortly before he underwent heart surgery in early 2009 and Susan helped nurse him back to health.

The 'Dead Poets Society' star's first wife was Valerie Velardi - with whom he has a son, 28-year-old Zachary - and he was married to her for 10 years until they divorced in 1988.

The former stand-up comic's second wife was Marsha Garces and they have two children, Zelda and Cody, 19. Their split was legally ended last year after she initially filed for divorce in March 2008 citing "irreconcilable differences".

In the wake of his separation from Marsha, Robin vowed to never walk down the aisle again, saying: "No sir not again! It's not just for the financial reasons. But people would think twice about divorce if they had to give up a body part instead of half their Fortune.

"You know, you see someone with one leg and one arm, and you say, 'Hi, Bill, is this your third marriage?' Let's not get to fourth marriages."