Robin William has been found dead aged 63 in what is believed to be suicide via asphyxiation. 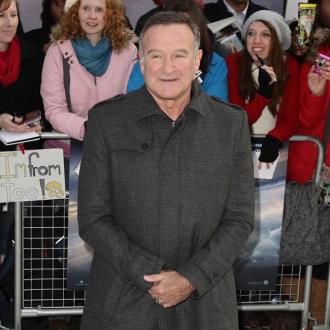 The 'Mrs. Doubtfire' star was found dead in his home in Tiburon, California, on Monday morning (11.08.14) in an apparent suicide via asphyxiation.

The actor's publicist released a statement, saying: ''Robin Williams passed away this morning. He has been battling severe depression of late. This is a tragic and sudden loss.

''The family respectfully asks for their privacy as they grieve during this very difficult time.''

Robin was last seen alive on Sunday night (10.08.14) before his body was discovered just before a call to the emergency services was made at 11.55am on Monday.

An investigation into the exact cause of death is currently underway and a forensic examination is scheduled to take place today (12.08.14).

A spokesman for the Marin County Sheriff's Department in California explained: ''An investigation into the cause, manner, and circumstances of the death is currently underway by the Investigations and Coroner Divisions of the Sheriff's Office.

''At this time, the Sheriff's Office Coroner Division suspects the death to be a suicide due to asphyxia, but a comprehensive investigation must be completed before a final determination is made.''