Ethan Hawke recalled the influence his 'Dead Poets Society' co-star had on his early career.

Ethan Hawke was no different to the many celebrities and stars who knew Robin Williams, he was extremely upset to hear the news of the legendary comedian's suicide last month, which was obvious when he recalled the impact Williams had on his career.

When Hawke was a young, upcoming actor he was lucky enough to co-star with the late comedian back in 1989's 'Dead Poet Society,' and their time together was very influential for him, so it is no surprise that the sudden death of Williams hit Hawke especially hard.

"I feel like there's an immediate sadness that is pervasive in the whole community when somebody who made all of us so happy reveals themselves to have been in tremendous personal pain," Hawke told 'Q with Jian Ghomeshi'. "You know, that the happiness wasn't reciprocal. That we couldn't make him happy. I think that somehow rings to all of us."

The 'Training Day' actor also revealed Williams "got me my first agent," and explained how the 'Mrs. Doubtfire' actor showed him the "thrill" of working in show business.

"I was 18 years old, I'd always kinda loved acting. It was kinda interesting-the way all kids kinda like to act. It was something. But Robin got in front of the class, we were shooting a scene, and he wrote, 'I sound my barbaric yawp over the rooftops of the world.' That was a scene that I was supposed to read a poem in front of the class and it was the first time in my life I have experienced the thrill of acting. The thrill of losing yourself," he said. 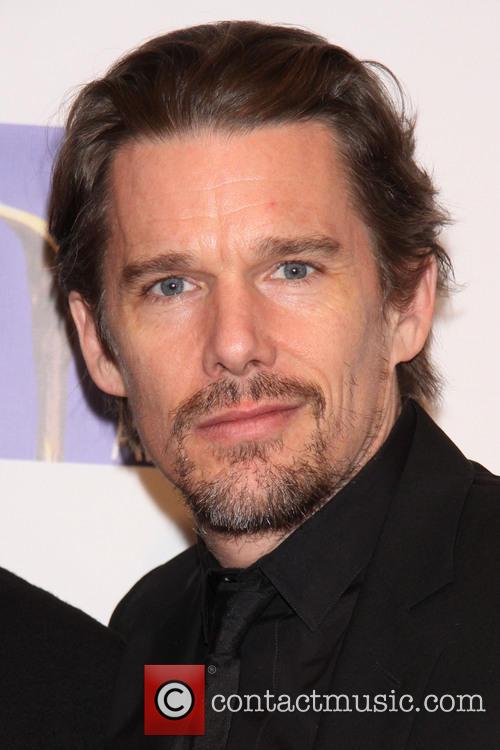 But even all those years ago, Hawke knew there was something wrong with Williams' mental state.

"The other truth is, even at 18, it was obvious he was in a tremendous amount of pain," he said. "I don't know to what extent his whole life.anybody who was watching knew. You know, a lot of people weren't watching because he was so funny and so light, but there was a very-I think why he moved us all-there's a very serious mind there. He was also so sentimental, just this big sensitive heart."