The red band trailer is naughty. You've been warned.

In Concussion, Abby (Robin Weigert) is a successful businesswoman, a good mother and a satisfied customer. But when she takes a hefty blow to the head from her son’s baseball, all of that changes. She finds herself severely unsatisfied with the monotony of domestic life. This leads her to begin a double life as an escort in Manhattan that lands her deeply into a world of prostitution for women. Weigert and Maggie Siff star in Stacie Passon’s debut flick Concussion, which made quite and impact when it screened at Sundance earlier this year.

The trailer, a red band one at that – yeah you can see at least one boob – is certainly a steamy one. Like the plot, the release of the film is forward thinking; it’ll receive an iTunes release in October.

This could be called the year of the lesbian film, with both Concussion and Blue is The Warmest Colour pushing the subject forward in no uncertain terms.

Blue won Palme d'Or, but isn’t eligible for this year’s Oscars, something that French distributor Wild Bunch's co-founder Vincent Maraval think isn’t too much of a worry.

"There was never any question for us to modify in any way our release strategy to legitimize the stupidity of the Oscar rules," he says. "Should we risk our strategy for France for a Foreign Language Film Oscar which doesn’t add anything to a Palme d’Or?" He continues: "[The rules are] unique, specific and make no sense. At the same time, no one cares about this category. We’re aiming for ... all categories, the only ones that count.” (Hit Fix) 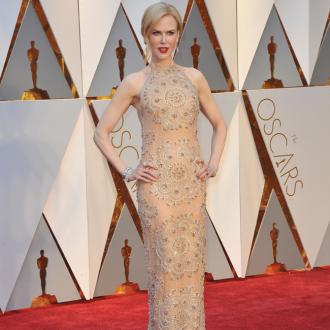