Robin Thicke has hit back at claims the lyrics on his 'Blurred Lines' single could be construed as rapey, saying "I can’t even dignify that with a response."

The lyrics of Robin Thicke's 'Blurred Lines ft. T.I., Pharrell' as well as the accompanying highly sexualised music video have been widely criticised, with claims that the song objectifies women and makes a joke out of rape. The lyrics, which include the lines "OK now he was close, tried to domesticate you/But you're an animal, baby it's in your nature/Just let me liberate you," could be interpreted to mean that it is acceptable for a man to assert his dominance over a woman sexually, whether she likes it or not as Thicke croons "I know you want it." 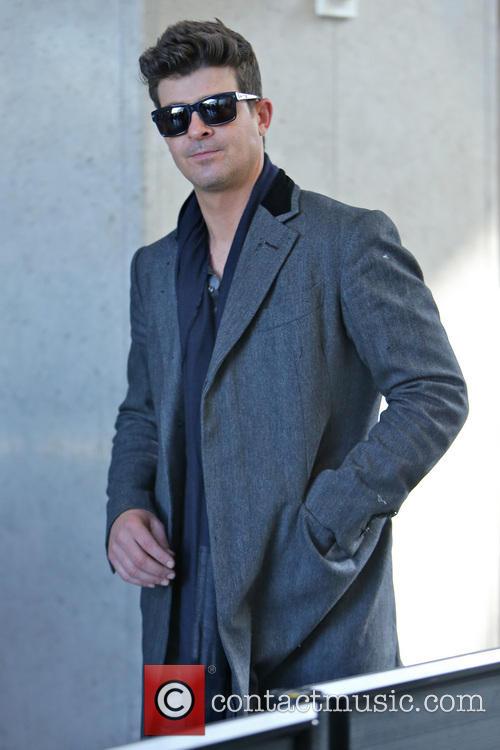 Rape charities, such as Rape Crisis, have slammed Thicke with spokesperson Katie Russell voicing concern: "The lyrics of 'Blurred Lines' seem to glamourise violence against women and to reinforce rape myths, which we strive to dispel. Both the lyrics and the video seem to objectify and degrade women, using misogynistic language and imagery that many people would find not only distasteful or offensive but also really quite old fashioned," adding "More disturbingly, certain lyrics are explicitly sexually violent and appear to reinforce victim-blaming rape myths, for example about women giving 'mixed signals' through their dress or behaviour, saying 'no' when they really mean 'yes' and so on."

Taking action against the heavy criticism he's received, Thicke has responded to what he describes as "ridiculous" criticism: "I can't even dignify that with a response, that's ridiculous," in an interview with Radio 1 (reported by The Independent) where the 35 year-old singer explains what the lyrics mean to him. "For me it's about blurring the lines between men and women and how much we're the same...and then there's the other side of it which is the blurred lines between a good girl and a bad girl, and even very good girls all have little bad sides to them," he said, mud-covered spade in hand. 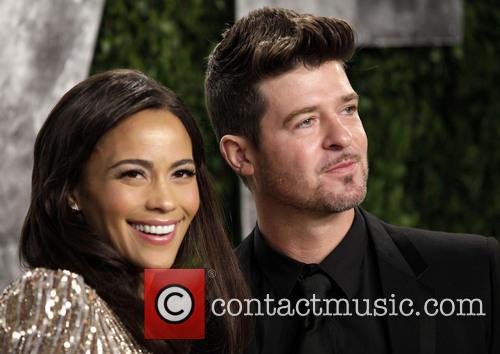 Robin Thicke And Paula Patton: She Condones His Controversial Video.

Thicke also revealed to Radio 1 that his banned 'explicit' version of the YouTube music video, that depicts naked models earned a strong vote of support from his wife of 11 years: "My initial response was I love the clothed version, I don't think we should put out the naked version. And then I showed it to my wife and all of her girlfriends and they said, 'You have to put this out, this is so sexy and so cool." In one last bid to redeem himslef, Thicke pleaded "I don't want to be sleazy, I'm a gentleman, I've been in love with the same woman since I've been a teenager. I don't want to do anything that's inappropriate." Gentleman indeed?