Robin Thicke, in a recent interview, discussed his performance at the MTV VMAs. He stated the performance, with Miley Cyrus, was sexually provocative and controversial in order to gain publicity and get people talking.

Robin Thicke claimed his performance at the MTV Video Music Awards was deliberately controversial and intended to make people talk. 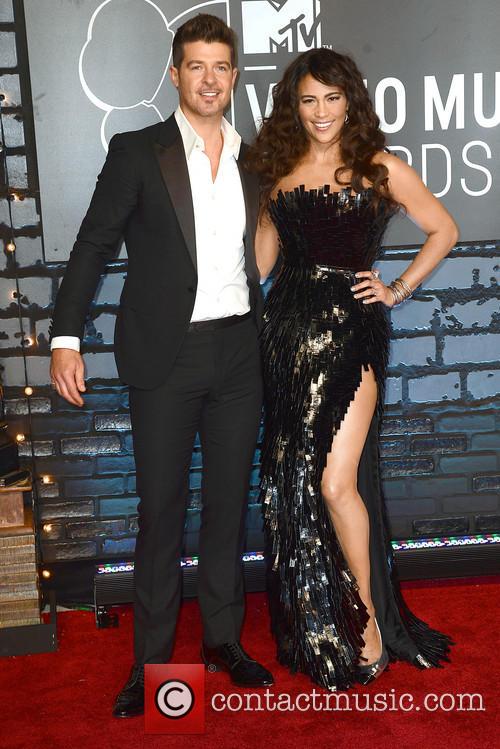 Robin Thicke with his wife, actress Paula Patton, at the MTV VMAs.

Robin Thicke, in a recent interview, seemed pleased with the controversy created by his and Miley Cyrus' performance at the MTV VMAs in August. If anything the whole incident appears to be a deliberate publicity coup (as if we didn't already know). Thicke is no longer disguising his attention seeking performance, in an interview with Vanity Fair he said "everybody knows who I am now because I let Miley Cyrus twerk in front of me."

Thicke performed, alongside 20-year-old Cyrus, at the VMAs on August 25th. Cyrus appeared on stage wearing a nude coloured bikini; after dancing with dancers dressed as teddy-bears, she danced in an overtly sexual manner with Thicke. Whilst Thicke performed his hit single 'Blurred Lines' Cyrus grinded against the 36-year-old and mimed sex acts with the aid of a large foam hand. 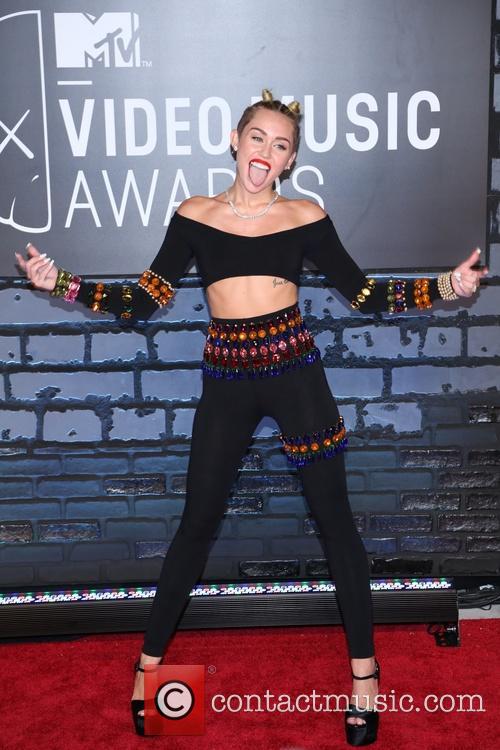 Miley Cyrus at the VMAs.

It seems, despite initial reports, that Thicke was unaware of Cyrus' plan and that the whole incident was spontaneous, he was in fact aware that Cyrus was "going to take her clothes off and dance around and she might bend over." It seems Thicke was not remotely concerned about the performance or Cyrus' actions, he stated "I spent my whole career playing it safe, being a gentleman, never doing anything controversial" and he decided "I don't care, let's entertain the people. Let's give them something they're not ready for, let's make them talk."

And talk they did, with many truly appalled at the cringe worthy performance. Cyrus also had similar thoughts when it came to her performance. She brushed off any criticism by referencing other pop stars who had shocked in some way. In an MTV interview Cyrus said "Madonna's done it, Britney's done it, any VMA performance, you know anyone who performs that's what you're looking for. You're wanting to make history." 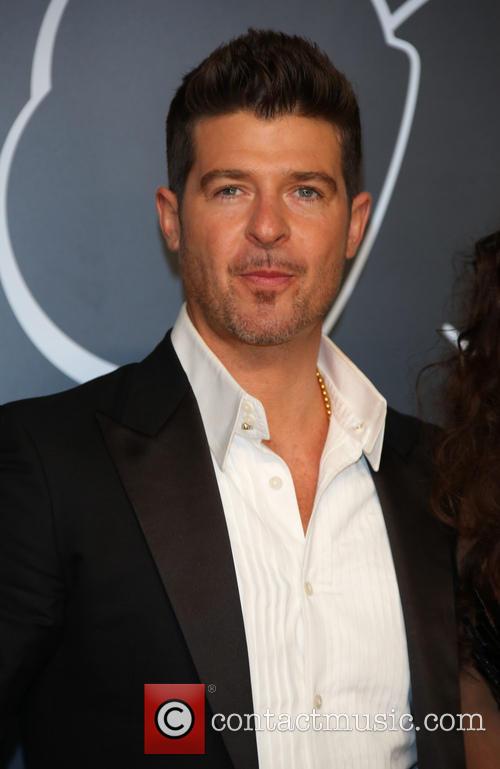 Robin Thicke at the MTV VMAs, held in August.