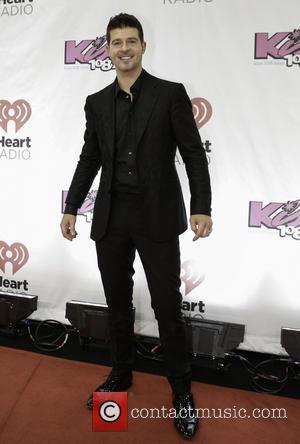 Officials at Britain's broadcasting watchdog have cleared Tv bosses of any wrongdoing after Robin Thicke's provocative performance on U.K. Tv show The X Factor prompted a flood of complaints.

Thicke performed his hit single Blurred Lines on the talent contest in October (13), and his routine with a group of scantily-clad female dancers led to more than 122 viewers lodging objections with independent regulator Ofcom.

However, Ofcom bosses have now decided against launching a full investigation after ruling Thicke's performance did not break broadcasting regulations.

A spokesman for the organisation says, "We assessed the complaints and concluded there were no grounds to investigate."

Lady Gaga was also this week (beg16Dec13) cleared of breaking decency rules over her performance on the same show a week after Thicke. The singer's dance routine in flesh-coloured underwear and a bra fashioned out of a pair of seashells prompted 317 complaints from irate viewers.