Robin Thicke and his actress wife Paula Patton, who met during high school, end their marriage on amicable terms as they both state, "we will always love each other and be best friends." 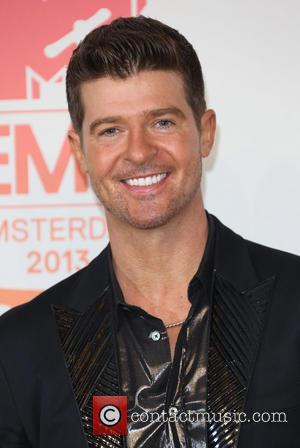 The 36 year-old has split from his actress wife Paula Patton after being married for eight years.

The celebrity couple released a joint statement via People which read, "We will always love each other and be best friends, however, we have mutually decided to separate at this time."

The 'Blurred Lines' singer met the '2 Guns' actress when he was just 14 years-old and they quickly became high school sweethearts, eventually the pair tied the knot nearly nine years ago in June 2005.

Their marriage has been subject to rumors of infidelity and been on the rocks ever since Thicke's infamous performance at last summer's MTV VMA awards, in which Robin let Miley Cyrus grind inappropriately on his crotch area.

But despite all the speculation, they always gushed about how strong their relationship was.

"I don't know if I would still be alive in some ways if it wasn't for Paula," Thicke told Prestige magazine in its September issue. "She's been my rock, my muse, my inspiration and I love her. The whole way."

She continued, "Robin has always been a great person to remind me to celebrate now. Even when it looks like I've got a role but don't know for sure, he's like, 'Let's celebrate!'" 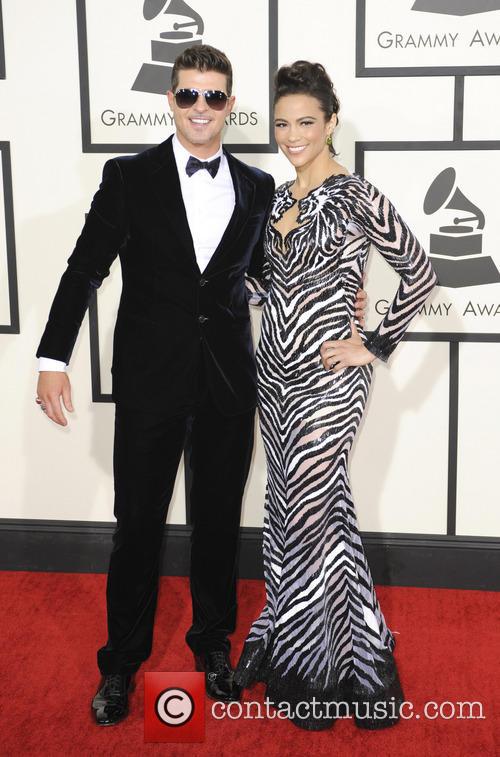 Thicke and Patton at the 2014 Grammy Awards