Amidst a bitter custody battle over their 6-year-old son Julian, Robin Thicke has allegedly been landed with a temporary restraining order against him over accusations that he was physically and emotionally abusive to both the boy and his ex-wife Paula Patton during their relationship. 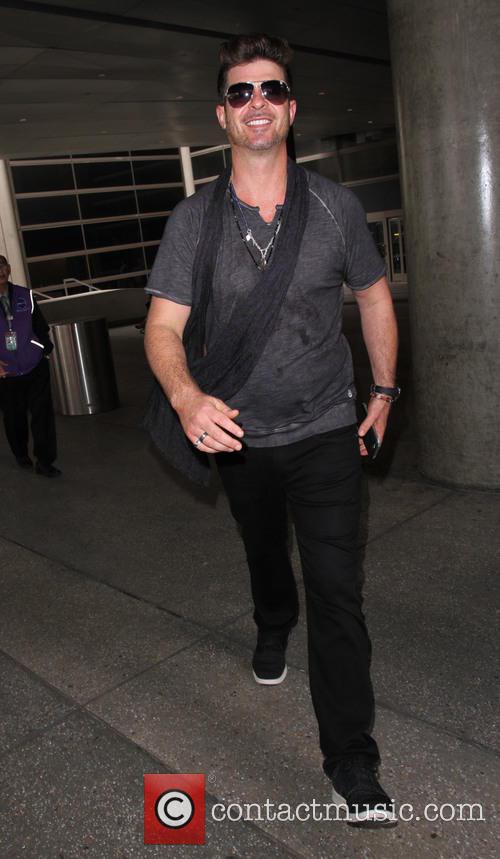 Has Robin Thicke temporarily lost custody of his son?

The couple were in court yesterday (January 26th 2017) with each seeking sole custody of Julian. Following Paula's allegations of domestic violence, TMZ have now reported that he has been told to stay away from the actress and their son at this moment in time.

According to the publication, Paula filed for a restraining order back in 2013 and now claims that Robin punched her at Cannes Film Festival, that he is addicted to cocaine, that he slept with another woman while they were married and that he spanked Julian when the latter asked for a hug.

Robin has apparently admitted that he has spanked Julian light-handedlu before, but never hard. He also denies punching him, which was apparently an incident cited by someone from his school in Paula's documents, and for banging on the door repeatedly when Paula would not let him in her house to see Julian during a scheduled visit.

'If these multi-year-old allegations were true, why is she only raising them now in the midst of a custody dispute where she's the only one violating the judge by denying Robin access to the boy?' A source close to Robin apparently told TMZ.

Meanwhile, TMZ says Robin's lawyer has claimed that Paula is also being investigated by the L.A. County Dept. of Children and Family Services (DCFS) for alleged emotional abuse, with the suggestion that she is deliberately trying to turn Julian against Robin.

Whoever is most at fault here, it's clear that an amiable solution is not what lies ahead for this court case.