Thicke and Pharrell were ordered to pay $5.3 million in March 2015 to Marvin Gaye's family after 'Blurred Lines' was found to have copied elements of 'Got To Give It Up'.

Robin Thicke and Pharrell Williams have launched an appeal against the landmark court ruling that awarded more than $5 million to the family of Marvin Gaye after it was found that their 2013 smash hit ‘Blurred Lines’ had copied elements of ‘Got To Give It Up’.

Lawyers for Thicke, as well as collaborators Pharrell and rapper TI, filed an opening brief with the ninth circuit court of appeals on Wednesday (August 24th), arguing as their opening statement: “if left to stand, the ‘Blurred Lines’ verdict would chill musical creativity and inhibit the process by which later artists draw inspiration from earlier artists to create new popular music”. 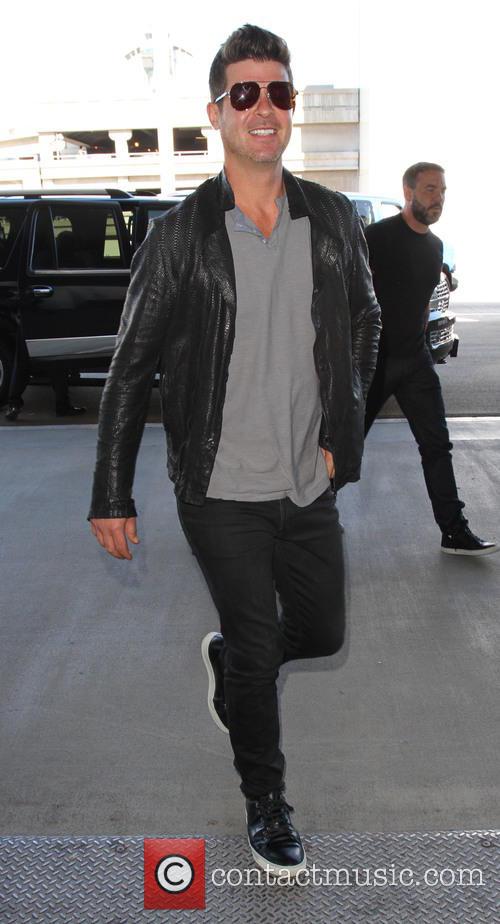 Robin Thicke is appealing against the 'Blurred Lines' decision

In what was considered a landmark decision for the music industry, because ‘Blurred Lines’ was said to have copied ‘the feel’ of Gaye’s 1977 song rather than sampling it uncredited note-for-note or covering it without paying royalties, Thicke and his collaborators were ordered to pay $5.3 million and 50% of publishing and songwriting revenues to Gaye’s family.

They announced their intention to appeal when the ruling was handed down in March 2015, but have now only launched their campaign. Their legal team asserts that the judge in the original case, John Kronstadt, misapplied the law by allowing comparison of the actual recordings of the two songs, rather than just the sheet music.

If this hadn’t been done, they argue the case would never have gone to trial in the first case.

More: Robin Thicke admits to being “drunk and high” in 2013 interviews during ‘Blurred Lines’ deposition

“What happened instead was a cascade of legal errors warranting this court’s reversal or vacatur for new trial,” the opening brief states. “At summary judgment, the district court entertained expert testimony by musicologists for the Gayes who based their opinions entirely on the sound recording, not the deposit copy. The court correctly filtered out non-deposit copy and generic musical features from their testimony, but then erroneously failed to compare what remained to ‘Blurred Lines’.”

Thicke’s team also cites the recent Led Zeppelin v Spirit trial, which found that the legendary rockers had not plagiarised ‘Taurus’ for their song ‘Stairway To Heaven’, as a precedent for disregarding “specific musical elements” that might bear similarity to each other when it came to assessing copyright cases.

“At trial, the district court made things worse. While correctly excluding the ‘Got To Give It Up’ sound recording itself, the court erroneously allowed the Gayes’ experts to testify about the sound recording anyway, including by playing their own musical excerpts based on the sound recording. The court then instructed the jury that it could consider all this testimony in its substantial-similarity analysis.”

More: Emily Ratajkowski describes ‘Blurred Lines’ as “the bane of my existence”