Once in the news for the controversial lyrics attached to his hit Pharrell collaboration, Blurred Lines, singer Robin Thicke is now permenatly in the news for his expanding brood after the 41-year-old announced he's expecing his second child with girlfriend, April Love Geary - just six months after the pair welcomed baby girl Mia. 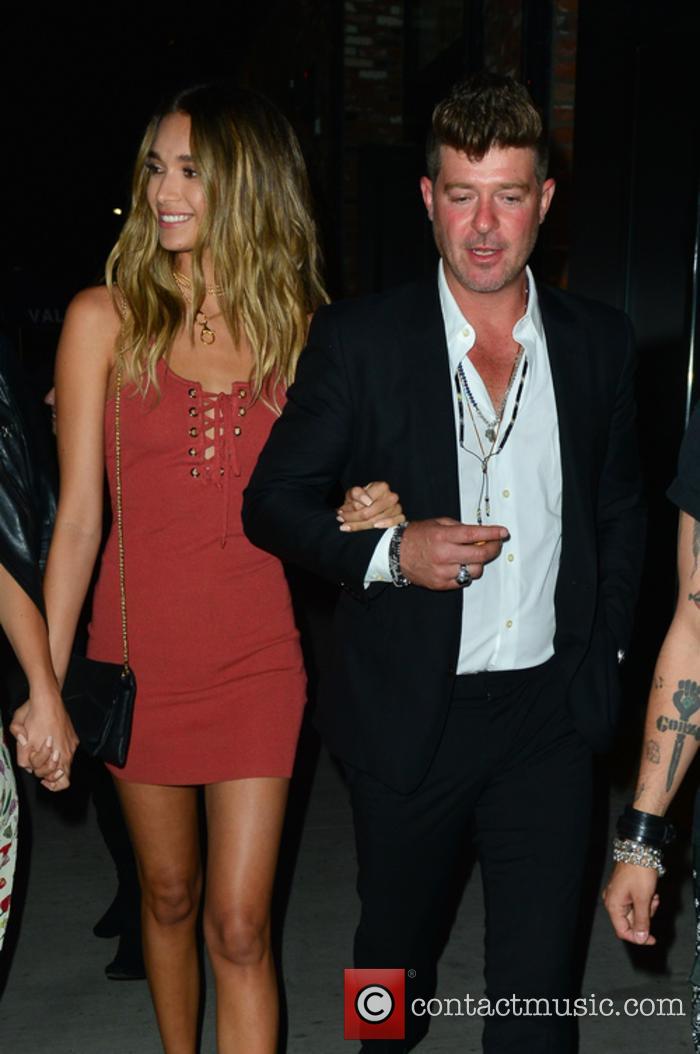 Robin Thicke and his girlfriend April are expecting their second child

Despite Mia's birth in February this year, it seems the loved-up couple got straight back onto baby-making and 23-year-old April has posted their adorable daughter holding an ultrasound of her soon-to-be sibling.

April wrote: "Well someone is going to be a big sister next year! We're so excited to share with y'all that I'm expecting again!"

She continued: "We find out Saturday if it's a boy or a girl! What do you guys think it's going to be? Forgot to mention the due date is Robin's birthday!"

Robin's birthday is March 10, which suggests April got pregnant in June - four months after Mia was born.

Soon after, Robin posted a clip of April getting the ultrasound done. He captioned it: "They said we couldn't make another anthem, so we went and made another anthem! Thank you April!" adding a heart emoji.

The newest Thicke will be Robin's third child - having welcomed Julian Thicke, eight, with former wife of nine years, Paula Patton, in 2010.

The couple split in 2014 after 21 years together; Thicke had previously revealed he had met Paula, 42, when he was just 14 at an under-21 hip-hop club in Los Angeles and the two started dating when he was 16.

Sadly, April has had to hit out at critics who have suggested she should marry boyfriend Robin Thicke following the new baby announcement.

After noticing comments from some followers on her baby announcement post, April shared a few choice words on Instagram stories hours later.

She asked: "Why are women so obsessed with telling me I need a ring?

"Getting married is the easy part, seeing how you are together AFTER having babies is the hard part.