Robin Thicke: 'I Called New Album Paula Because It Is About Estranged Wife' 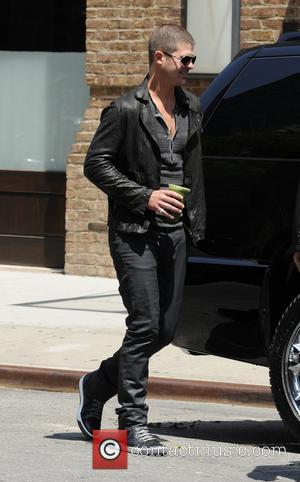 Singer Robin Thicke called his new album Paula because he didn't want to trick fans into thinking his heartbreak tunes were about anyone other than his estranged wife.

The Blurred Lines hitmaker insists the record is not a veiled attempt to win back actress Paula Patton, but the couple's split earlier this year (14) did inspire a number of new songs which he felt compelled to record and release.

During an appearance on Los Angeles-based radio show On Air with Ryan Seacrest on Friday (27Jun14), Thicke, said, "I came right off a tour and I had all these songs and all these ideas and feelings in my heart. And I went right into the studio. I wrote all the songs in about three weeks and we recorded the album in about a month.

"Obviously all the songs were about her or about how I feel about her. A lot of songwriters have done this kind of thing before. They won't tell you in the title or they'll be suggestive.

"I was just like, 'There's no reason to hide who this is about'. It's all about her."

Thicke refused to comment on the current status of his relationship with Patton, who he called "a remarkable woman", but revealed he is still struggling with the split, adding, "She's not just my wife, she's been my very best friend for 20 years. I lost two people. That's a lot to talk about."