Amid Controversy, Robin Thicke Stands Up To Defend "Blurred Lines"

Robin Thicke’s Blurred Lines and the accompanying video might have been getTIng a lot of flack for the “rape-y” lyrics and the objectification of women in the clip, but fret not, because Thicke himself has stepped up to defend his work. You have to admire the man for standing up to defend lyrics like “Nothin' like your last guy, he too square for you/He don't smack that ass and pull your hair for you” and, of course the ever charming “I'm a nice guy, but don't get confused, you gettin’ it” But at least Thick has a reasonable explanation for his questionable lyrics, right? Well, sort of.

“For me it’s about blurring the lines between men and women and how much we’re the same,” Thicke said in what sounds like a promising statement for Radio 1. “And then there’s the other side of it which is the blurred lines between a good girl and a bad girl, and even very good girls all have little bad sides to them.”

The censored version might have been deemed SFW, but it still has a lot of the same problems.

This statement, coupled with the video’s imagery – besides the naked ladies strutting around throughout, at one point we are treated to graffiti, reading “Robin Thicke has a big d**k” - doesn’t paint too good of a picture. However, the singer thinks only “extremely religious groups” would be offended by the video, apparently having somehow missed the past few weeks in media and statements by several anti-rape groups. Last month a spokeswoman from Rape Crisis, a charity that raises awareness and understanding of sexual violence, told The Independent that the lyrics “seem to glamourise violence against women and to reinforce rape myths”. 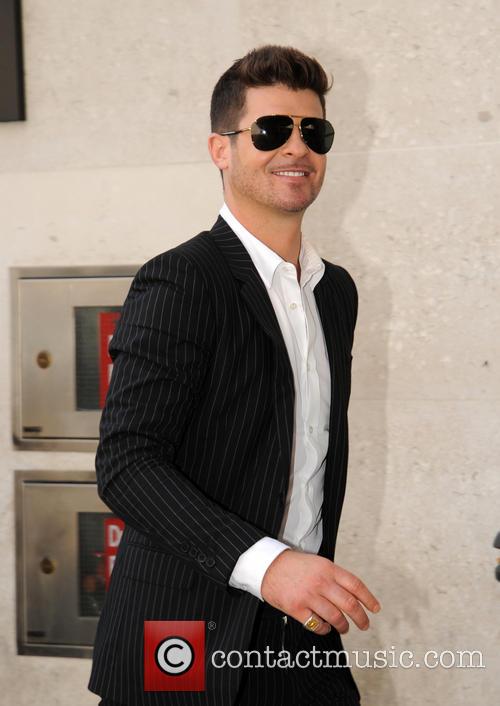 In his defense, the singer doesn't see anything wrong with the lyrics.

She said: “Certain lyrics are explicitly sexually violent and appear to reinforce victim-blaming rape myths, for example about women giving 'mixed signals' through their dress or behaviour, saying 'no' when they really mean 'yes' and so on.”

It would seem that the song doesn’t sound that creepy to everyone, however and Thicke has the support of his wife, at least. Foot now firmly in mouth, he continued the line of reasoning with the argument by saying “My initial response was I love the clothed version, I don’t think we should put out the naked version. And then I showed it to my wife and all of her girlfriends and they said, ‘You have to put this out, this is so sexy and so cool,’” he said.

There we go then. Problem solved. 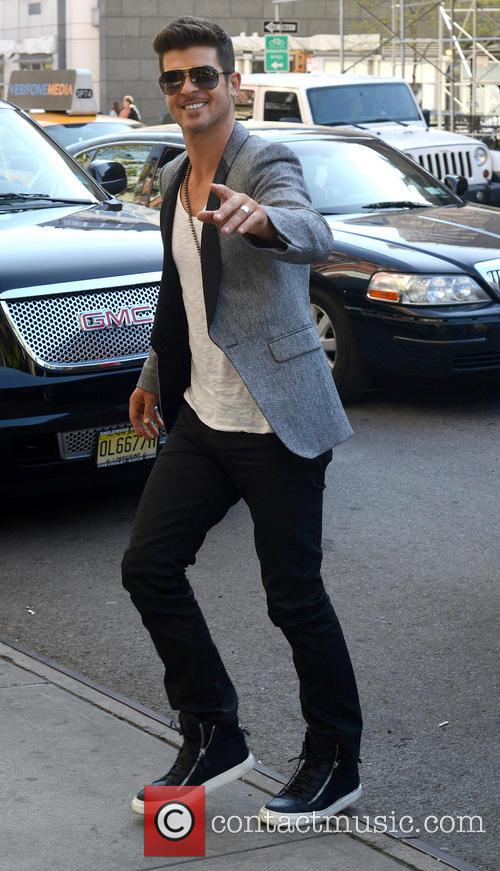 And neither does his wife apparently.