Robin Thicke's dad just made things really awkward... Alan Thicke confessed he listened to his son's music whilst having sex and Robin Thicke is, understandably, not happy about it.

Robin Thicke's dad, Alan Thicke, listens to Robin's music whilst in the bedroom. Alan's wife, 40-year-old Tanya Callau, confessed they are particularly fond of one of Robin's songs: 'Sex Therapy'. 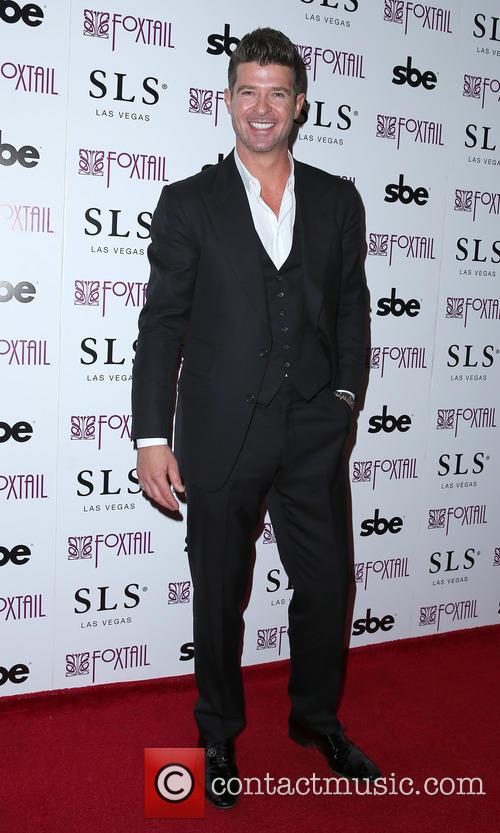 Robin Thicke wants his dad to return all his music after Alan Thicke admits to listening to Robin's 'Sex Therapy' in the bedroom.

"When we do get freaky, we love [Robin's song] 'Sex Therapy,'" Callou said in an interview with Us Weekly. "You have to admit, it's a great song to get in the mood."

Alan, who is best known for his role as Jason Seaver on Growing Pains, seemingly realised his wife's comments and their habit were not entirely convention as he awkwardly tried to make a joke.

Robin was unsurprisingly horrified with his stepmother's confession and took to Twitter to request Alan keep his music out of the bedroom.

'Dad, I heard what you said to Us Weekly... I need you to give back all of my music. Immediately,' Robin wrote.

Robin criticising his father for over sharing is a wee bit hypocritical considering how Robin has dealt with the breakdown of his marriage to actress Paula Patton. Robin attempted to win back his estranged wife last year with the release of his album 'Paula'. Sadly for Robin, their divorce was finalised in March of this year.

Alan also responded on Twitter and claimed Robin's 'Sex Therapy' was not the only track they listened to.

'Relax. We also have 'Diff'rent Strokes' on 'repeat'', Alan tweeted in reponse.

Alan and Callou were interviewed as part of their rounds promoting their show, Unusually Thicke. The second season of the show is airing on Pops. The couple star in the mockumentary/sitcom with Alan's teenage son, Carter. Robin and his brother, businessman Brennan Thicke, regularly make appearances on the show.

Dad, I heard what you said to @usweekly... I need you to give back all of my music. Immediately. @Alan_Thicke

@usweekly @robinthicke Relax. We also have 'Diff'rent Strokes' on 'repeat'.