Robin Thicke’s Blurred Lines Gets 'Queens of The Stone Aged'

Thicke has come from nowhere, but will he disappear just as fast?

Can we start by asking who Robin Thicke is? Why is he working with Pharrell Williams and T.I? Why is it suddenly okay to have a video full of naked girls? Answers on a postcard please, we need something to read. In the meantime, it’s worth checking out The Queen of The Stone Age’s cover of the song, which they recorded for the BBC in their live lounge.

The ginger Elvis, AKA Joshua Homme, spits out a stripped back version while shaking what seems to be a bottle of pills. Troy Van Leeuwen and Dean Fertita, who play guitar for the stripped back version, bring this acoustic version of the track to you. The egotistical Thicke – how else do you describe a man who sings the lyrics to Blurred Lines – has recently admitted to making love while his own tracks were playing. “I have, yes!” he told Heat when they asked him. “If it shows up in the middle of a playlist. I never purposely put it on, though.” BS. Thicke’s new video is controversial, because it has loads of topless girls in it, but for him, they don’t compare to his wife.

"There are three girls, so mathematically that's three pairs of boobs. But, to be honest - and I've got to be honest - I've been around a lot of boobs. My wife has one of the most amazing pair of boobs you could ever see, so these ones didn't knock my socks off," Robin admitted. 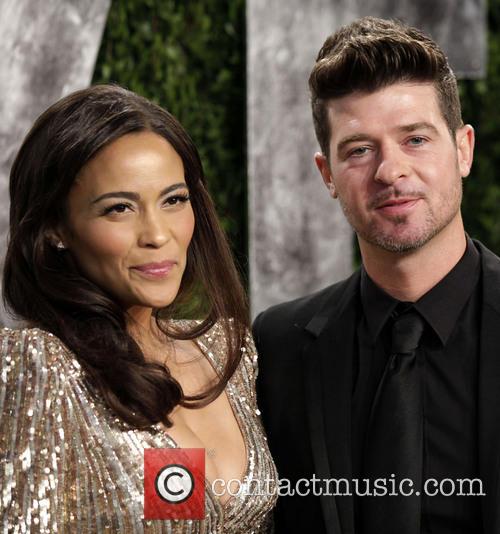 Thicke and his wife, Paula Patton 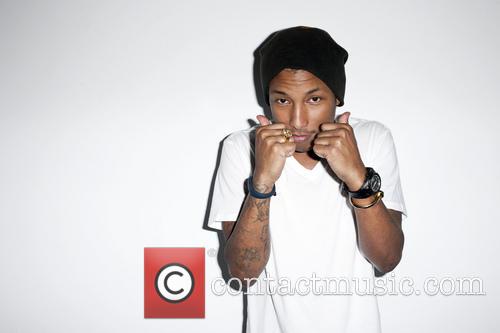