Robin Thicke Just Performed U2 and Beatles Songs in Court

Robin Thicke treated the court to a lovely selection of hits.

Robin Thicke performed a medley of U2's With Or Without You, The Beatles' Let It Be, Alphaville's Forever Young, Bob Marley's No Woman No Cry and Michael Jackson's Man in the Mirror during the second day of the Blurred Lines trial. 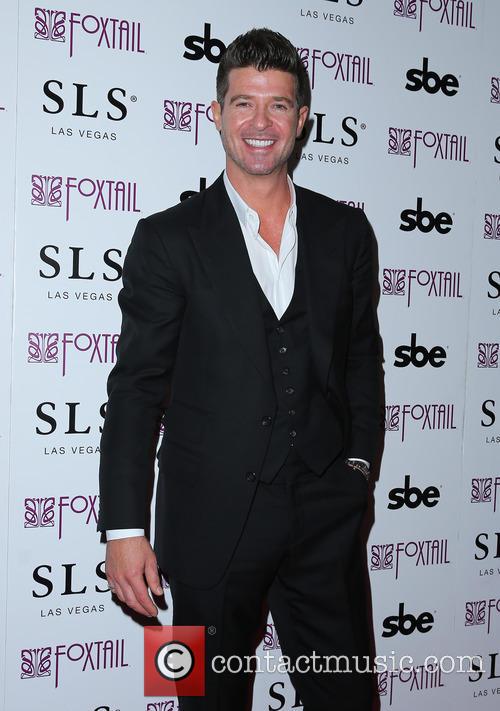 The pop artist provided a part-musical testimony while several members of Marvin Gaye's family and Pharrell Williams were present in court.

The trial is seeking to determine whether Thicke, Pharrell Williams and T.I's huge hit Blurred Lines infringed copyright on Gaye's song Got To Give It Up.

More: Robin Thicke lied about writing Blurred Lines, "I was high and drunk"

In recent motions, Thicke and Williams' attorney argued that, according to copyright law prior to 1978, the Gaye children only hold the copyrights for the sheet music to their father's songs, not the recordings themselves. That's why Thicke sang and played keyboard in court, to demonstrate the differences between Blurred Lines and Got To Give It Up when both songs were stripped down. The court were treated to Thicke's famous "I'm gonna take a good girl" refrain from Blurred Lines and Gaye's line "I used to go out to parties."

The trial is expected to run for eight days and will include testimony from Pharrell, T.I (Clifford Harris Jr) and Thicke's ex-wife Paula Patton. It continues on Thursday with testimony from musicologist Judith Finell and Harry Wenger, a Universal Music executive who handles Motown recordings.

As of March 2014, Blurred Lines had become one of the best-selling singles of all time, with sales of 14.8 million. Thicke's album of the same name sold over 3 million copies, though the follow-up - Paula - was a commercial failure.

More: Andy Murray to appear on remix of Blurred Lines