Robin Thicke and Paula Patton have put their Los Angeles home on the market after splitting up in February. 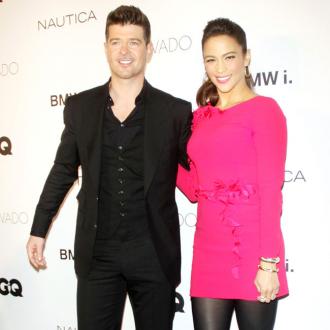 Robin Thicke and Paula Patton have put their Los Angeles home on the market.

The 'Blurred Lines' singer and the 'Baggage Claim' actress split in February after eight years of marriage and have now listed their house on the exclusive Bird Street for $2.9 million.

The three bedroom, three-and-a-half bathroom home was first bought by Robin's father Alan Thicke in the 1990s and gifted to the couple in 2005 after their wedding.

One bedroom is currently being used as a recording studio by Robin, according to the listing, while the property also features a pool, spa and small courtyard with impressive views of Downtown Los Angeles.

The decision to put the house on the market comes after months of attempts by Robin to get his wife back, even going so far as to name his latest album 'Paula'.

However, the singer - who has a four-year-old son Julian with his estranged spouse - recently admitted his efforts to win her back might be a waste of time.

He said: ''I actually have no idea what I'm doing. I'm just kinda flying by the seat of my pants on this one.''

He added: ''I just wanted to make something artistic out of a very difficult period.

''When you lose the love of your life you don't have much to hide anymore.''

But Robin, who recently claimed he hasn't seen his estranged wife in four months, is prepared to be just friends with the actress in the future.

Asked about the final track about friendship, 'Forever Love,' on his album, he said: ''The album... I didn't want it to be all depressing. I didn't want her to listen to it and make her sad only. I wanted there to be moments where she had hope and positivity that her and I can both still have a great life, no matter what happens, and we'll be great friends and great parents.''