Nona Marvisa and Frankie Christian Gaye think Thicke's hit is too close to 'Got To Give It Up.'

The family of 70s funk and soul legend Marvin Gaye are suing R&B singer Robin Thicke for copyright infringement after they suspect that their father's hit 'Got To Give It Up' was copied in part for Thicke's mega summer hit, 'Blurred Lines.' 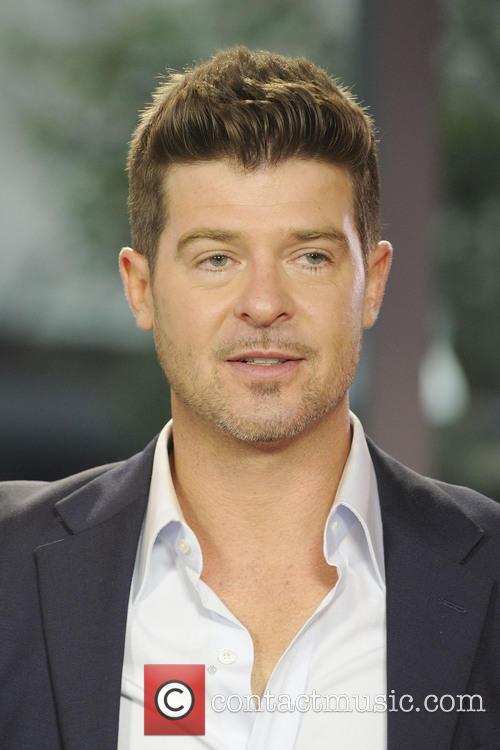 Nona Marvisa, Marcin Gaye III and Frankie Christian Gaye allege that Thicke and his 'Blurred Lines' collaborators are guilty of copyright infringement and also claim that record label EMI failed to protect their father's legacy. Their lawsuit will attempt to block Thicke and rappers T.I. and Pharrell from using elements of Marvin's music in 'Blurred Lines' or any other songs.

Additionally, the Gaye siblings' suit also calls attention to the allegedly improper use and "unlawful copying" of Marvin's 'After The Dance' in Thicke's 'Love After War,' according to Reuters.

The lawsuit also names Thicke's wife, Paula Patton, who collaborated with her husband on 'Love After War' as well as record labels Interscope Records, Universal Music Group Recordings and Sony/ATV Music, among others.

The Gaye family is seeking damages of up to $150,000 per infringement as well as a portion of the profits from the success of "Blurred Lines" and "Love After War." Considering how long 'Blurred Lines' dominated the charts for - 12 weeks - that royalties figure could be in the millions.

The family also indicate Thicke's interviews with Billboard and GQ where he named Marvin's 'Got To Give It Up' as one of his alltime favourite songs and said he aspired to "make something like that, something with that groove," reported TMZ.

Nona and Frankie's current suit is a response to a case Robin filed in August this year where he sought to pre-emptively make sure a court ruled that his track was not a copy of Gaye's. No court date has been arranged.