Robin Thicke had a lot more than ‘Paula’ to answer for when he took to twitter on Monday.

On Monday, ‘Blurred Lines’ singer Robin Thicke teamed up with VH1 for a fan Q&A on Twitter using the hashtag #askthicke. The good news for the singer was that #askthicke soon became a worldwide trend, but the questions probably weren't the kind Robin was looking for. From being called out on his music's misogyny to having to address his marital woes, Robin got more than he bargained for from #askthicke. 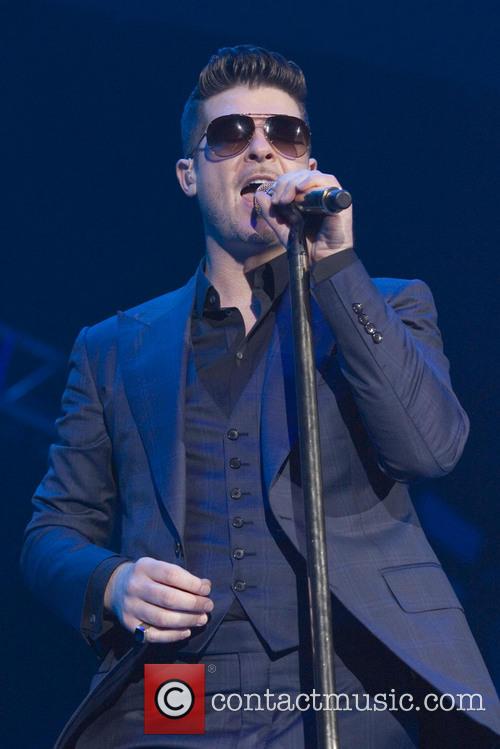 Twitter users were unleashed on Robin Thicke earlier in the week

Undoubtedly ‘Blurred Lines’ was 2013’s single of the summer, you really couldn't escape it. Unless that is, if you were attending one of the UK universities whose campus eventually banned the controversial single. But fast forward a year later in the life of Robin Thicke and things are a little different. The singer has recently split from his wife of nine years Paul Patton and seemingly in an effort to get her back, he’s named his latest album Paula. But when the singer took to twitter on Monday for a Q&A with VH1 he was probably expecting to answer questions based around his new material. Instead the twitterverse decided he had a lot more to answer for.

First up Robin was taken to task over his controversial hit. ’Blurred Lines’. One user asked, “If one of your songs played in a forest and no one was around to hear it would it still be sexist and gross?.” While another wrote, “When you're not busy objectifying women, making light of rape and justifying sexual violence, how do you like to relax?”

#AskThicke When you're not busy objectifying women, making light of rape and justifying sexual violence, how do you like to relax?

Addressing his recent split from Paula Patton, one user wondered, “Did you really write a rape anthem as a love song for your wife and are you still wondering why she left you?”. As another asked, "How many times do you expect Paula to forgive your bs because obviously the last 127,000 weren't enough #askthicke.” While some just found the opportunity for jokes too good to pass up, "#AskThicke Do you know the line you'll have to sign on the divorce papers won't be blurred?"

More: Robin Thicke may not win Paula Patton back

Of course Thicke ignored most of the questions, but he did pick a choice few to answer, including “Why did you name your new album Paula?” The answer being, “Because "Beatrice" didn't have the same ring to it.” He also revealed that The Beatles are his biggest musical influence (obviously), he’s not bringing his long hair back because “it’s too much up keep” and that most of his new album was recorded in the space of two weeks.

Too much upkeep RT @ballaterbboy #AskThicke Why don't you bring back the locks, bro? pic.twitter.com/tqq8cM1Hl5

But he didn't shy away from all questions regarding his estranged wife. Answering one user who asked, “If you cherish #Paula as much as you say, why can't you respect her desire for space & time to think & heal?” He said, “If you listen to the album you wouldn't ask that question.” When another asked "Why didn't you write a whole album for her when you were WITH her?" He replied that Paula had always been his muse only this time it was "from a distance."

Still Thicke seemed to take the hate in his stride saying, "I'm a big boy. I can handle it." But one user,  Kitty Knits, summed it all up best when she wrote, "#AskThicke It might seem like some of the questions on this hashtag are cruel and abusive but Robin, I know you want it."