British Director Robin Hardy Is Planning To Pay Tribute To The Late Sir Christopher Lee With A Third Instalment Of Their Cult Film Franchise The Wicker Man. 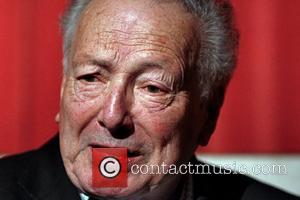 The veteran filmmaker rose to prominence with his 1973 horror musical The Wicker Man, which starred Lee, Edward Woodward and Britt Ekland, and 38 years later, he and Lee reunited to make 2011's The Wicker Tree as a companion piece for fans of the original.

Now Hardy is appealing to devotees to help him turn the series into a trilogy in memory of his longtime friend, who passed away last month (Jun15). Lee had previously claimed his role in the 1973 film was the "best performance I believe I've ever given".

Hardy says, "I always planned for there to be a number of films in what I like to think of as The Wicker Man genre, and although it has been a long time in the making, I think fans will find it worth the wait, especially as they can now get involved with the final film in a way that would have been unimaginable when I made the original more than 40 years ago.

"Like the second film, The Wrath of the Gods will not be a sequel in the traditional sense, or for that matter a prequel. Instead, it will be a final reflection on the themes that made The Wicker Man a classic, using some of the same enchanting Celtic landscapes as a backdrop."

Actors James Mapes, Christopher Leveaux and Icelandic model Halla Williams are set to star in the film, with the shoot expected to begin in October (15).