Quote: "She is a natural mother. Kanye is so happy. The energy between them was amazing." Pussycat Dolls founder and choreographer Robin Antin gushes about her pal, new mum Kim Kardashian and her rapper boyfriend Kanye West. The couple became first-time parents to a daughter last weekend (15Jun13).

Quote: "The Pussycat Dolls were one of the greatest female pop groups in the last 10 years (and) our fans are so loyal and want more... so of course I feel very positive about it! I've spoken to all five girls and they all feel the same!" Pussycat Dolls founder Robin Antin on reports of a band reunion.

Quote: "We've had Gwen Stefani, Kelly Osbourne, Christina Aguilera and loads more with us in the U.S. But I would love to do it here and I've reached out to Cheryl." THE Pussycat Dolls creator Robin Antin wants to bring the band's burlesque show to Britain - and she's already eyeing pop star Cheryl Cole as their first celebrity guest. 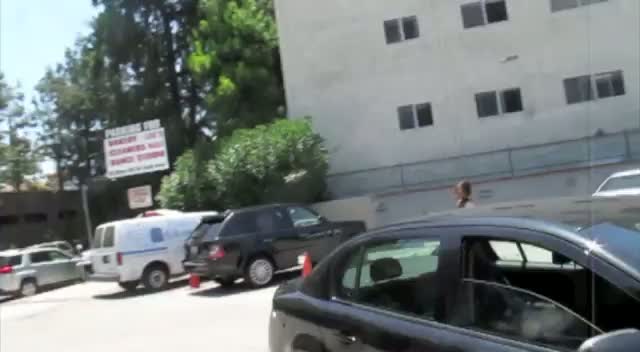 Robin Antin out walking her dog in Hollywood