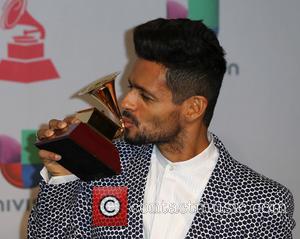 The singer/songwriter, who was part of the Latino boy band from 1984 to 1987, collaborated with his nutritionist Nena Niessen, who is also a cancer survivor, on El secreto de la vida a base de plantas (The Secret of Life Through Plant-Based Nutrition).

The book is already at the top of Amazon's Spanish language books alternative medicine section, a week after its release.

Draco Rosa was diagnosed with non-Hodgkin's lymphoma in 2012 and underwent a stem cell transplant. He was declared cancer free in 2013, but the disease returned and forced the singer to drastically rethink his diet with Niessen as his guide.

Now, the star and the nutritionist are hoping to help other cancer sufferers battle the disease with "plant-based nutrition".

In the book, they suggest a healthy vegetarian diet and a plan for detoxing is the key to beating cancer.

Rosa says, "Having been attacked twice by cancer was a blessing and a new awakening. We found the way to healthy eating. We don't pretend to be doctors, we just want to share what we learned, and the benefits that plant-based eating has given us."