Filmmaker Robert Rodriguez Has Dropped His Lawsuit Against Russian Producers Over His Films Sin City 2: A Dame To Kill For And Machete Kills After They Threatened To Countersue For $50 Million (£31 Million). 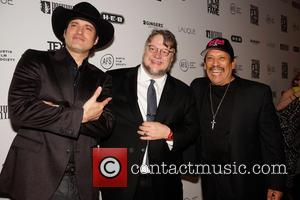 The director filed a lawsuit against Sergei Bespalov and his production company Aldamisa Entertainment last October (14), claiming they failed to reinburse him for the production costs of the Sin City and MAChete sequels.

However, Rodriguez, who was seeking $7.7 million (£4.8 million) in damages, dropped the suit on Tuesday (21Apr15), after Bespalov threatened him with a $50 million countersuit, according to the Russian business publication Kommersant.

The Russian producers alleged that Rodriguez also breached agreements regarding the budget as well as filming locations after the director moved shooting to Austin, Texas.

A representative for Rodriguez confirms the lawsuit has been withrdrawn.