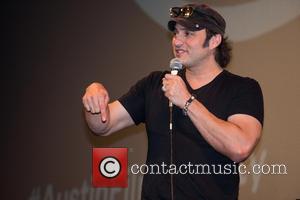 Robert Rodriguez and Guillermo Del Toro have filmed a Tv special in which they discuss the state of the Latino movie industry for the Sin City director's new El Rey Network.

Network founder and chairman Rodriguez and his partners launched the new U.S. Tv channel to create and air new content with a Hispanic leaning and the venture has already proved to be a hit, thanks in part to exclusive content like drama series Matador and the Tv adaptation of cult movie From Dusk Till Dawn.

Now two of the Latin film world's most respected moguls have sat down to discuss the industry.

Rodriguez made the announcement about the special while celebrating Hispanic Heritage Month in America by releasing a new video featuring trailers and teasers of shows and series to come.

And the network boss is confident El Rey Network Presents: The Director's Chair will be a big hit.

He says, "The best way to rid the world of inaccurate truths is to create new ones, and we can only do that by creating characters and content that allows audiences to see the Latino community through a different lens."