Robert Redford Was Especially Thrilled To Receive The Annual Princess Grace Awards Gala's Top Prize At The Monaco Palace On Saturday Night (05sep15) Because The Last Time He Was There, He Was Unceremoniously Asked To Leave. 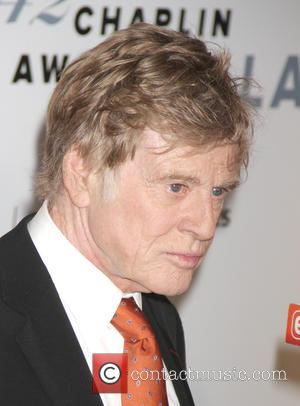 The movie star and his artist wife Sibylle Szaggars Redford were both named recipients of the 2015 Prince Rainier III Award in Monte Carlo and at the bash, hosted by Princess Charlene of Monaco and her husband, Princess Grace's son Prince Albert Ii, at their royal home, he recalled the last time he was there.

The actor was travelling through Europe in 1956 and decided to stop in Monte Carlo and meet Princess Grace, who was actress Grace Kelly before she became a royal.

He recalled, "I never met her. I tried once, but I failed. I'm hitchhiking from Paris to Florence, Italy (and) I have no money. I got to Cannes, and then I decided I was going to Monaco and I was going to meet Princess Grace.

"I walk up to the front door, I look back, and the guards at the front door said, 'Get out of here'. I turn around and come back... That was my attempt to meet her."

Then, paying tribute to Prince Albert's mother, Redford added, "I think she was a wonderful actor. She had a great sense of humour, she had wonderful wit, she was obviously attractive. But she was also very, very smart. She was just naturally a good actress and very appealing on the screen."