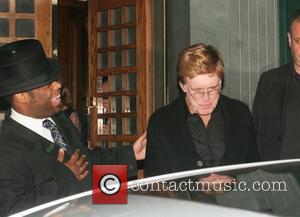 Veteran actor Robert Redford resents the Lifetime Achievement Award he received at the 2002 Academy Awards - because he is not ready to draw a line under his acting career yet.

THE HORSE WHISPERER star, 68, admits the acknowledgement felt a like Hollywood's way of telling him to retire from the silver screen gracefully.

But Redford has his sights set on future projects, and implores other retrospective prize-givers to wait until he has retired on his own terms.

He says, "Yeah, it's like you suddenly feel like you're being bronzed. I don't feel ready for that yet, myself.

"I've got some nice projects ahead... In no way do I feel in the mood to retire.

"Sometimes when you get a lot of awards, you begin to feel like, 'Why don't you wait a little bit?'"