Redford Glad He Attended Ordinary People Get Together 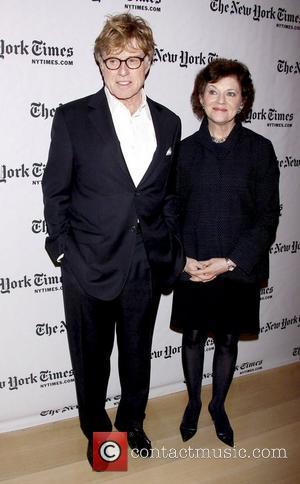 Robert Redford is glad he reluctantly agreed to attend a 30th anniversary photoshoot for his 1980 directorial debut Ordinary People - because all the stars of the film came out for the get together.
Redford initially shied away from the reunion because he didn't think his cast members would show up.
Speaking at the New York Times' 10th Annual Celebration of the Arts, Arts & Leisure Weekend, he says, "I was kind of against it because I thought maybe some things should be left alone, particularly if you see us now.
"But I went and what surprised me was how everyone came. I didn't think they would get all the actors to come; I can't imagine they would. I had not seen any of the actors since the end of that film so it was gonna be strange and I just didn't think they would come but they did.
"Elizabeth MCGovern came from England, Tim (Hutton) came from Paris, Donald Sutherland came from about five different places and Mary Tyler Moore came from Connecticut. What touched me was their commitment to come and their devotion to the experience, which was my first, so it turned out to be OK."