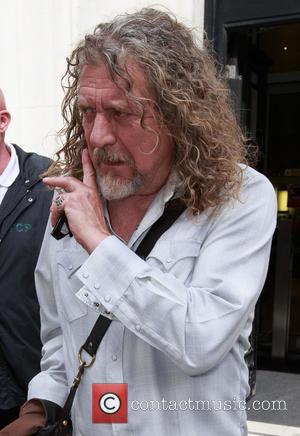 Robert Plant has urged his former Led Zeppelin bandmate Jimmy Page to end his war of words with the singer and concentrate on recording new music.

Guitarist Page has made no secret of his wish to expand on the Whole Lotta Love hitmakers' 2007 one-gig reunion with a full tour, but singer Plant is reluctant to revisit the past.

In an interview with The New York Times earlier this year (14), Page accused Plant of "playing games" and said he was "fed up" of the ongoing reunion saga, and Plant hit back in a recent Uncut magazine chat, during which he said, "I'm not my brother's keeper. And he, really, as a pro, should know better than that... I feel for the guy. He knows he's got the headlines if he wants 'em. But I don't know what he's trying to do. So I feel slightly disappointed and baffled."

Now, Plant tells the Telegraph it's time for Page to move on and give up on his plans to get the band back together.

The singer says, "He should get on and do something. He’s a superb talent. That’s the sad thing for Jimmy, he knows that I’m his guy, I’m his pal, but the warmth that he needs to actually enjoy the world, it’s all there. Come on and give it to us.”