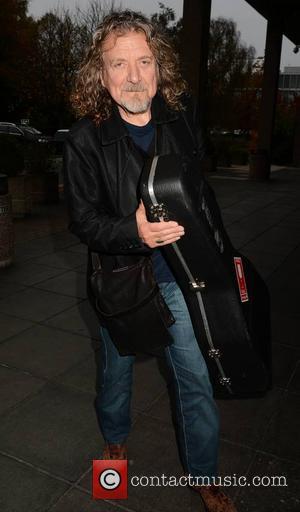 Robert Plant has fuelled a war-of-words with his former Led Zeppelin bandmate Jimmy Page by urging the guitarist to "have a good rest" and "think again" about his recent reunion comments.

Page hit headlines last month (May14) when he accused the singer of "playing games" by refusing to reunite the line-up for more shows following a successful comeback gig in London in 2007 with John Bonham's son Jason standing in for his late dad on drums.

The guitarist added in the New York Times interview, "Everyone would love to play more concerts for the band. He's just playing games and I'm fed up with it, to be honest with you."

Plant hit back at Page on Wednesday (04Jun14) when questioned about the comments during a press conference for the Mawazine Festival in Morocco, where he is due to perform with his band The Sensational Space Shifters.

According to Thenational.ae, the frontman said of Page, "I think he needs to go to sleep and have a good rest, and think again. We have a great history together and like all brothers we have these moments where we don't speak on the same page but that's life."

Led Zeppelin split in 1980 following Bonham's death, and the 2007 reunion at a tribute concert for late music mogul Ahmet Ertegun has been their only public performance since.