Robert Plant Says He Has "Nothing To Do In 2014," Hinting At A Led Zeppelin Reunion

Coy as ever, Robert Plant has dropped the latest hint that legendary rock band Led Zeppelin could reunite for a tour in 2014. The frontman said the decision would ultimately be up to guitarist Jimmy Page and John Paul Jones, though crucially told Australia’s 60 Minutes TV programme, “I’ve got nothing to do in 2014.” 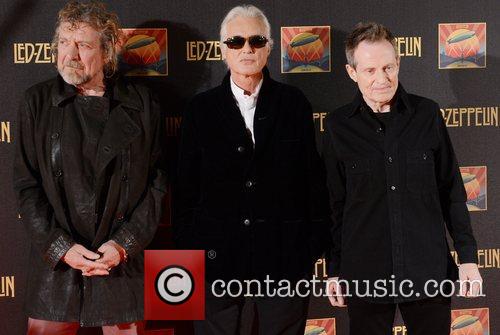 It’s the first time the often-spikey Plant has spoken so openly about the possibility of another reunion. Referring to Led Zeppelin’s one-off gig at London’s O2 Arena in 2007, he added, “We just wanted to play and see what it was like and be good once…It was time to be good – and we were.” Despite the euphoric highs of that concert, the band have not played together since December 10, 2007, with Plant essentially absolving himself of any blame and passing things firmly in the direction of Plant and Jones. “Well you are for all those Led Zeppelin fans who'd love you to say, 'Yes, we're re-forming….Well, then you need to speak to [Page and Jones] the Capricorns. Cos I've got nothing to do in 2014.” It’s a sensational change from Plant’s position in 2008, when he trampled on any hopes of Led Zeppelin tour saying he was busy making music with Alison Krauss and, later, the group Band of Joy. Drummer Jason Bonham subsequently revealed the group were “real close” to touring without their iconic frontman. Plant scolded a couple of journalists who dared ask about a reunion at a recent press conference for the band’s DVD Celebration Day.

This looks very much like it’s over to you, Page and Jones.