Robert Pattinson To Have Fashion Range

Robert Pattinson wants his own fashion line after his 'Twilight' co-star Kellan Lutz released his. 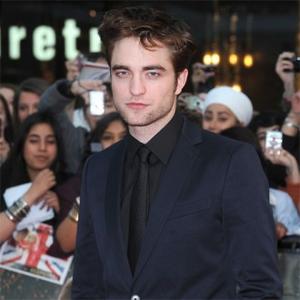 The heartthrob actor is keen to release his own range of clothes after seeing his 'Twilight' co-star Kellan Lutz create a collection, which was released last week.

Kellan said: "Rob and I were talking about doing a clothing line together. Rob didn't know I was doing mine. He's like, 'I should do one' and I'm like, 'Oh'. And he found out I was doing one and he's like, 'Really?' It was really funny. He wants to do one too. What'd we call it, we called it Rags by Rob or something, because he's always so like, I don't know... hipster."

Kellan - who is also the face of his brand, Abbot + Main - recently said he loved working on the range because it gave him a chance to be creative.

He said: "How cool will that be to create my own line? I grew up wanting to be an inventor. I went to school for chemical engineering. I love to create. I've always wanted to get into fashion. I've always liked drawing, not Space Age stuff but high fashion. I don't like to be loud. I like fitting in and not drawing attention. Simplicity is key.

"I like the ones that can be dress pants. I don't like to be loud. I like fitting in and not drawing attention. Simplicity is key."