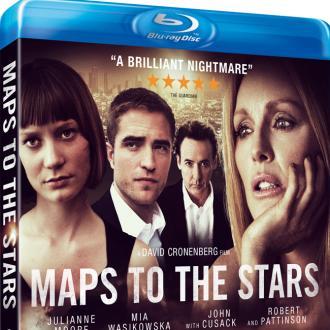 Robert Pattinson thinks 'Maps to the Stars' is a movie that ''defies genre''.

The 28-year-old Brit plays the role of limousine driver Jerome in the David Cronenberg-directed movie and says it's hard to fit the film into a specific category.

He explained: ''Within the first two pages of the script, I was like, 'Oh, my god.' I don't know what people are going to make of this, but it feels dangerous.

''It kind of defies genre. I mean, I guess it's sort of satirical, but it's also sort of a ghost story and sort of a thriller. I don't know what it is but it's exciting.

''It's an incredibly weird comedy about crazy people, I think. It's people who just lie to themselves and have no idea.''

In the film - which also features Julianne Moore, Mia Wasikowska and John Cusack - Pattinson plays an aspiring actor who is in denial about his career prospects.

He reflected: ''Jerome is basically like 95 percent of people who live in LA. He's basically in denial of his own reality, he'll keep saying he's an actor. Even though he'll never get an acting job, he's still an actor.''

'Maps to the Stars' is available on Blu-ray and DVD now, courtesy of Entertainment One.