Robert Pattinson and FKA Twigs are in no rush to wed yet but they are ''excited'' about getting married. 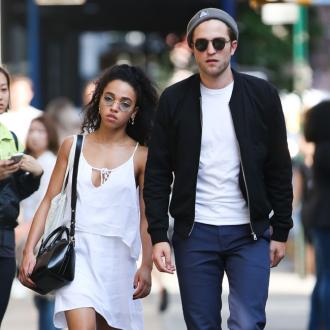 Robert Pattinson and FKA Twigs are ''excited'' about getting married.

The couple - who got engaged earlier this year after six months of dating - are in no rush to tie the knot, but are looking forward to eventually making their union official.

A source told Us Weekly magazine: ''They are excited to be married.

''Twigs is still enormously happy with Rob and they aren't rushing to have the wedding. Things couldn't be better.''

The couple's hectic work schedules mean they often spend time apart, but the 29-year-old actor is always in constant contact with the 27-year-old singer when they can't be together.

The source added: ''They text and talk non-stop when she's on the road and they are away for work.

''They are always talking when they can't be together.''

It was previously reported the couple had pushed back their wedding because the 'Two Weeks' singer couldn't decide what kind of celebration to have.

A source said recently: ''She talks about keeping it real and low-key and then wants an elaborate glamorous Baroque affair. She was even talking at one stage about having a masked ball.

''It will now be bigger but how big, nobody's quite sure at this moment in time. There's no fixed [wedding] date but will probably be late in the year.''