Pattinson's new film 'Good Time', which made its premiere in Cannes, involved a pretty hair-raising request from the film's directors for an unused sequence.

Robert Pattinson has sensationally claimed that he was asked to pleasure a dog for his latest, X-rated film Good Time – a request that he refused.

The former Twilight star features in the new heist thriller Good Time, playing a New York criminal rushing to save his younger brother and set over the course of a single evening. One scene sees his character share an intimate moment with a canine (!) and this was something that the film’s producers actually suggested that he engage in for real.

Explaining the hair-raising situation with American talk show host Jimmy Kimmel on Thursday night (August 3rd), the 31 year old actor said that his character had an affinity with the animal, believing he was a dog in a past life.

“He thinks he has control over animals and stuff,” Pattinson said, adding: “There’s this one scene we shot where basically a drug dealer bursts in to the room and I was sleeping with the dog and basically giving the dog a hand job.”

He then recalled how one of the film’s two directors, Ben and Joseph Safdie, told him “just do it for real man, don’t be a pussy”, although the dog trainer on set said he could merely “massage the inside of the thighs”.

Pattinson did neither, opting to film the scene using a fake dog penis (three words you won’t see together again for a very long time!) but that it was, in any event, left on the cutting room floor in the editing process!

For all this grossness, Good Time actually got a really great reception at the Cannes Film Festival earlier this year when it made its premiere, with Pattinson’s performance gaining plaudits and a reported six-minute standing ovation at the end.

It comes out in America on August 11th, while a UK theatrical release has yet to be confirmed.

More: Why Robert Pattinson nearly got thrown off the cast of ‘Twilight’ 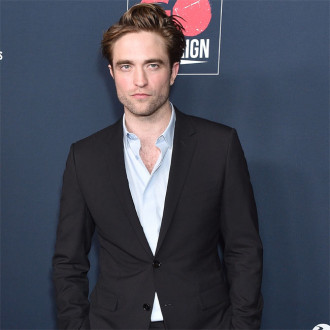 Robert Pattinson hints his Batman will be violent