Pattinson's Fans Protect Him From Paparazzi 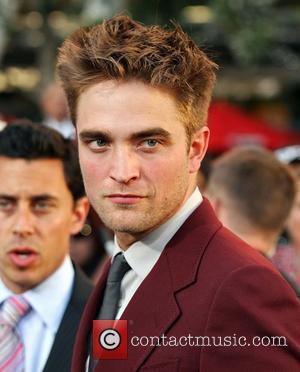 Robert Pattinson's fans came to his rescue on the set of WATER FOR ELEPHANTS - they forced the paparazzi to stop snapping the star as he shot dangerous scenes with Reese Witherspoon.
The Brit plays a circus worker in the new movie, and found himself filming with a variety of animals throughout the shoot.
Snappers frequently descended on the California set to try and catch Pattinson and Witherspoon at work, and at one stage they were distracting the pair during a scene - but the Twilight star's waiting fans saved the day.
He tells Telepoche magazine, "(The funniest fan experience) happened while I was filming Water for Elephants in which my partner is Reese Witherspoon. We had a scene with elephants but there were so many paparazzi around that it was scaring the animals and it was impossible to film.
"Out of the blue, fans, that were waiting for autographs, had enough and circled around the paparazzi. Teens made big guys run away. It was unreal! I was pleased."