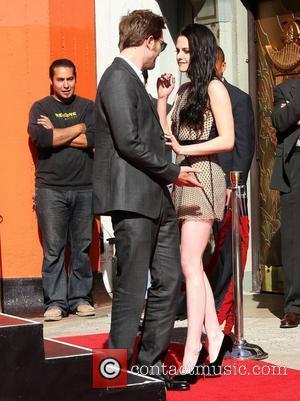 'The Twilight Saga - Breaking Dawn Part 1' came out on Friday November 18th and as expected, grossed in its tens of millions, a huge opening weekend success despite critical panning. However the film, which saw anticipation reach fever pitch last week at the London and Los Angeles premieres, didn't set the records that many believed it would - something that Summit Entertainment executive Richie Fay told E! Online may have had something to do with the nature of the story and the fact that it appeared to drive the male half of the population away. Figures show just 20% of audience members on the opening weekend of the new 'Twilight' were male, down from 35% for the third instalment 'Eclipse'.
"Where Eclipse had a little more action, Breaking Dawn: Part 1 is more of a love story," Fay explained "It's got a wedding and a honeymoon, and I think that appeals more to the young ladies than to the young men." Another possibility for the film missing the weekend records may have been the much talked-about sex scene between Robert Pattinson and Kristen Stewart's characters.
Bosses of the franchise won't be too unhappy however, with the film grossing $139.5 million in the US over the opening weekend and an estimated $283.5 million worldwide. It was the fifth highest opening weekend for a film in history.