The actor is excited to be a part of the series' return to the small screen.

With just under two weeks to go until cult classic television series 'Twin Peaks' makes its small screen return, fans of the franchise are no closer to understanding exactly what plot and storyline will be followed when things kick off. The original two seasons of the show of course had some incredible and compelling twists throughout their run, so we should expect more of the same. Aside from that however, everything's a mystery.

One of the things that have been established however is the incredible amount of actors on board, involved in bringing 'Twin Peaks' back for a third season. Robert Knepper ('Prison Break') is one of those actors, and whilst he's not forthcoming with any information, he did gush about the excitement he had working on the series.

"I'm a fan of his [creator David Lynch's] work, so it's a really amazing feeling to suddenly say you're going to be in this show," he explained to Digital Spy. "Pinch me, it feels so goddamn good!

"David Lynch is so many different people in one - he's a child, he's an icon, a technician, he's something very patient, he at times is not so patient, but in the end he is loving, caring and nurturing."

Hearing Knepper's excitement is certainly encouraging; as a fan of the source material, he's clearly going to give his all when he becomes a part of the product.

The actor has said he hopes to "get the chance to do it again" with Lynch in the future,

'Twin Peaks' returns on Sunday, May 21 to Showtime in the US, with the premiere simulcast in the UK on May 22 at 2am on Sky Atlantic. The series' British regular slot is then on Tuesdays at 9pm on the same channel. 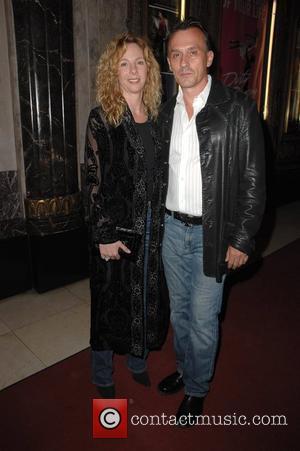