'The Judge' is Formulaic, Contrived and Very, Very Entertaining

'The Judge' opened the Toronto Film Festival to a lukewarm reception from critics.

Robert Downey Jr was the star name on the opening night of the Toronto Film Festival even if his latest film, The Judge, hadn't exactly drummed up a mountain of anticipation. David Dobkin's drama stars Downey Jr as a lawyer who returns home when his father, a judge, is implicated as a murder suspect. 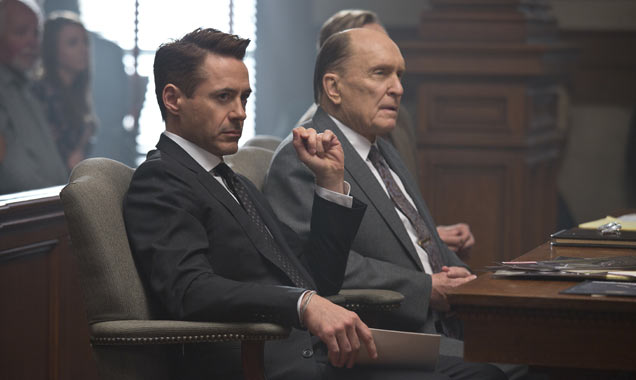 The Judge features a hugely accomplished supporting cast including Robert Duvall, Vera Farmiga, Vincent D'Onofrio, Billy Bob Thornton and Leighton Meester and for the most part the ensemble keep things entertaining, at least.

"Even when the circumstances seem contrived, the actors mine moments of truth that resonate with raw emotion," said Todd McCarthy of the Hollywood Reporter.

"An engrossing, unwieldy hurricane of a movie that plays likea small-town courtroom thriller by way of a testosterone-fueled remake of "August: Osage County," said Justin Chang of Variety.

More: Robert Downey Jr and Robert Duvall have massive problems in 'The Judge'


"Seeing Downey Jr. and Duvall perform together is the film's great pleasure, and while neither tries to outdo each other certainly their roles bring out the best in them," wrote Mark Adams of Screen International.

"...['The Judge'] features more endings than "Return Of The King," and it feels like a movie the younger, rowdier Robert Downey Jr. would have made fun of mercilessly," warned Drew McWeeney of HitFix.com.

"Sadly there's no denying the charge: first-degree cheese, with intent," said Catherine Shoard of the Guardian.

The Judge hits theaters on October 17, 2014. It's unlikely to feature prominently during the major awards shows.