The Avengers: Which Movies Can Gross More In 2012? 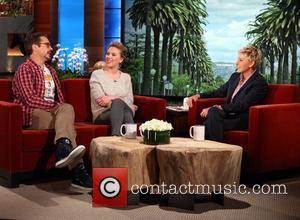 As fans of Marvel's new superhero movie will know, 'The Avengers' has now taken over $1 billion at the worldwide box-office, putting it in similar company to the likes of 'Toy Story 3', the Harry Potter movies, and 'Avatar'. But can the film, starring Robert Downey Jr, still be outdone for the title of biggest movie of the year?

The likeliest contender is obviously The Dark Knight Rises - Christopher Nolan's third and final Batman movie, which boasts a stellar cast including Christian Bale, Michael Caine, Tom Hardy, Anne Hathaway, Gary Oldman and more. Though it perhaps doesn't have the intrigue that came with Heath Ledger's Joker, the film's trailer has been causing a buzz, and it's likely to take a huge amount at the box-office come July. A couple of outsiders worth mentioning include Ridley Scott's 'Alien' inspired movie 'Prometheus', starring Michael Fassbender and Charlize Theron. A viral marketing campaign has certainly helped the movie's cause, and it wouldn't be a surprise if it outdid expectations next month. Elsewhere, Marc Webb's 'The Amazing Spider-Man' starring Andrew Garfield and Emma Stone will be a huge hit later this year, though perhaps more realistically will be battling for the No.2 spot with The Dark Knight Rises for 2012. Other movies expected to take well over $100 million on debut include 'Snow White and the Huntsman' and 'Men in Black 3'.

Boxoffice.com editor Phil Contrino told MTV News, "I don't think anything other than 'Dark Knight Rises' can pull it off.With 'Spider-Man,' every time a franchise is rebooted, it takes a while for the fans to dip their toes in the water and get a feel for it".