'Iron Man 2' actor Robert Downey Jr. stopped shooting on the superhero sequel to help a man who had been injured by a robot.

The 44-year-old actor halted shooting on 'Iron Man 2' and rushed to help the man, who had been injured during a scene.

A source said: "Robert charged into a live scene yelling, 'Cut! Cut!' The extra was writhing on the ground in agony after a rampaging evil robot smashed him flat."

The extra had been involved in a sequence which saw a group of people running away from a group of robotic villains.

Although the man was accidentally hit by a stuntman in an iron costume, filming continued because no-one noticed he was in pain.

The source added to the National Enquirer magazine: "Cameras kept cranking until Robert, who wasn't in the scene, suddenly noticed one extra twisting in pain and moaning, 'Help, I've broken something.' "

Robert called for paramedics and comforted the man until they arrived.

The injured extra was taken to hospital, where he was diagnosed with a broken hip. 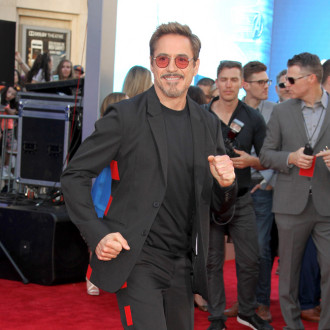