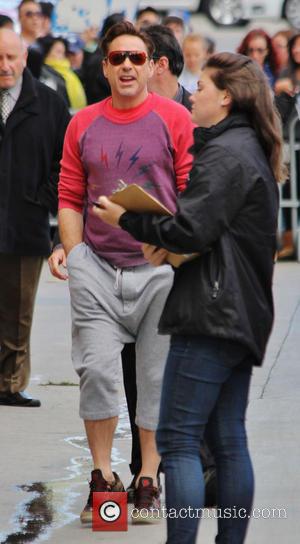 She adds, "We are hoping to do it the homeopathic way rather than with medications. He's being treated with vitamin supplements and organic foods."

Falcone explains her son, who is a promising musician and actor, was only taking one prescription pain pill a day and does not have addiction issues. However, Downey Jr. reportedly fears his son is battling the same issues he fought 20 years ago, when he was in-and-out of drug rehab facilities and jail.

A source tells the National Enquirer, "This is a nightmare for Robert because his boy has never been in trouble before. He's praying for Indio's recovery."