Robert Downey Jr. was presented with the Generation Award at last night's (12.04.15) MTV Movie Awards by his 'Avengers' co-stars. 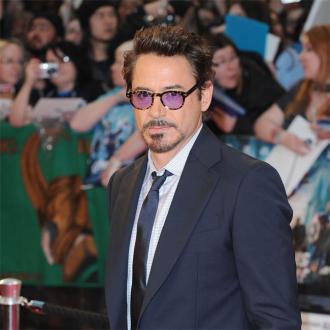 Robert Downey Jr. ''clawed'' his way to the top.

The 50-year-old actor was presented with the Generation Award at last night's (12.04.15) MTV Movie Awards by his 'Avengers' co-stars Scarlett Johansson, Mark Ruffalo, Chris Evans, Chris Hemsworth and Jeremy Renner - who all dropped down to their knees when he took to the stage - and recalled his past troubles and struggles that he has turned away from and seen his career go from strength to strength.

The actor - who has previously battled drug addiction but has been clean for almost 12 years - said: ''When I witnessed the first MTV Movie Awards. The first was in 1992, and that's my generation's version of the Oscars. And when the first Generational Award was given in 2005, I thought where's mine!?

''In the 34 years that have passed since the birth of MTV, I've grown up, I've failed, succeeded, partied way too much, begged for second chances and literally clawed my way to the top.

''Dream big, work hard, keep your nose clean. Be of service, and yes, because you can -- define your generation.''

The 'Iron Man' star then went on to praise his co-stars.

He added to the audience at Los Angeles' Nokia Theatre: ''I try to live honourably and never forget my love of the game and my friends

''If a man is judged by the company he keeps then I must be doing something right, because look at who I'm rolling with.''

Before leaving the stage, the actor - who has 21-year-old son Indio from a previous marriage and son Exton, three, and daughter Avri, five months, with wife Susan Levin - introduced a new clip from the forthcoming blockbuster 'Avengers: Age of Ultron'.