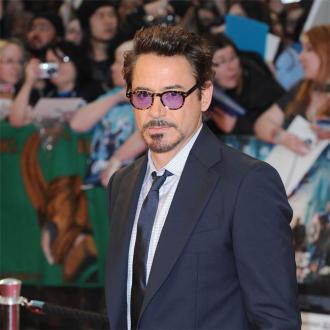 The 'Friends' actress tied the knot with Justin Theroux at their Los Angeles home on Wednesday night (05.08.15) where they were joined by a host of celebrity pals including Robert and Howard who toasted the happy couple, TMZ reports.

Sia reportedly performed at the bash while Samantha Ronson DJ'd.

'Cougar Town' actress Courteney Cox was Jennifer's maid of honour, over 20 years after they met on the hit TV sitcom 'Friends'. Their co-star Lisa Kudrow also attended the nuptials.

Meanwhile, Justin's best man was none other than his tattoo artist, Scott Campbell, who is married to actress Lake Bell, according to People magazine.

The special occasion came as a shock to invited guests, who believed they were simply being invited to a party.

The happy couple's wedding rings were created by jewellery designer to the stars and Jennifer's friend Jennifer Meyer, the wife of 'Spider-Man' actor Tobey Maguire.

Guests dined on a lavish feast of chicken, fish, sausage, fettuccine carbonara with pork and mostaccioli pasta with red sauce.

A source told Us Weekly magazine: ''It was really, really good. The cake was delicious!''