Chris Evans lets slip that the fan-favourite actor could be headed out the door...

For almost a decade now, Robert Downey Jr has provided a staple of entertainment as Tony Stark across the 'Iron Man' and various 'Avengers' movie franchises. Stepping into the role of the iconic Marvel comic book superhero, he's become a fan-favourite and infectious part of the Marvel Cinematic Universe.

Now confirmed to be a part of the upcoming web-slinging reboot 'Spider-Man: Homecoming', and of course slotting into the next Avengers movie set for release in 2018, 'Avengers: Infinity War', the actor has clearly still got plenty to give in the role.

Rumours of him considering when he'll be leaving the position are now flying high, however, following comments from his fellow MCU actor Chris Evans.

Evans plays Captain America in the 'Avengers' movies and solo Capt films, and was speaking to USA Today when he made comments suggesting both he and Downey Jr could be on their way out. 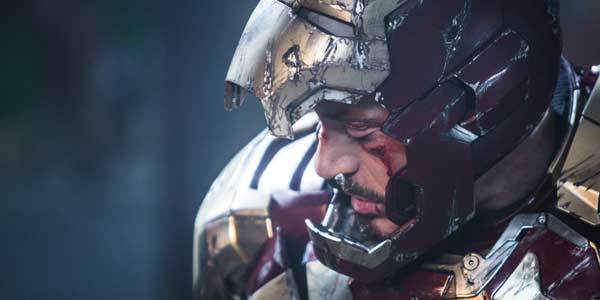 Asked if he'd have a hard time seeing another actor donning the American supersuit, he responded: "I'd be lying if I said it wouldn't be hard for me. But the passing of time and the passing of torches is part of the experience. Nothing lasts forever. There's a beauty in that departure, even if it can be sad at times. It's also joyful."

He added: "I've had a great run. Superheroes are reinventable entities, like Batman or even James Bond. These movies find new incarnations and new ways to tell the story. I am all for it. However they want to proceed after 'Avengers 4', it's really up to them. I walk away with no regrets and endlessly thankful."

Then speaking about his colleague, Evans concluded: "Downey is far closer to reaching that point where he may walk away. And I don't know how you replace Downey as Tony Stark. I don't know who else can touch that."

Downey Jr hasn't responded publicly to the comments, but it wouldn't come as too huge of a surprise to see him leave the MCU behind. However if he does go, perhaps the character is best left retired rather than reassigned to a different character, at least for the near future...