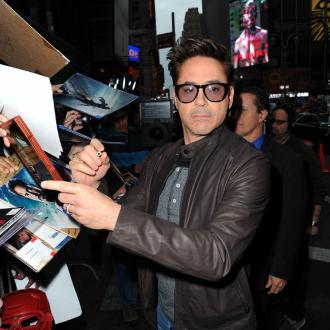 The superstar trio are rumoured to have landed secret roles in the latest installment of the George Lucas-penned franchise after being invited to the set at the Pinewood Studios in Buckinghamshire, along with 'Paul' actor Nick Frost.

It is thought some of the actors will be forced to appear in the Disney movie in secret to avoid breaching their contract with various other studios.

A source told The Sun newspaper: ''Everyone is clamouring for a set visit and cameo.

''Sam, Robert and Hugh have all been invited, as well as Nick Frost. Some are hiding their faces just for fun but others have to for contractual reasons.

''If they're tied to other studios, they're technically not allowed to appear in a Disney film.''

The news follows on from reports that James Bond actor Daniel Craig has secured a mystery role in the science fiction saga after begging director JJ Abrams for the small part due to his love for the series.

An insider said: ''Daniel asked for some sort of secret cameo role - and was happy to have his name left off the posters.

''Fans will love trying to work out which covered up character is him.''

Meanwhile, further rumours of a franchise spin-off starring jedi master Obi-Wan Kenobi - who has been played by Alec Guinnes and Ewan McGreggor - have started to surface.

Fan site Making Star Wars said: ''For the spin-off movies they were initially going to stay away from any Jedi or Sith characters.

''But I'm hearing now that because of the popularity of Obi-Wan that an art team is now working with a writer on concepts for an Obi-Wan movie.''