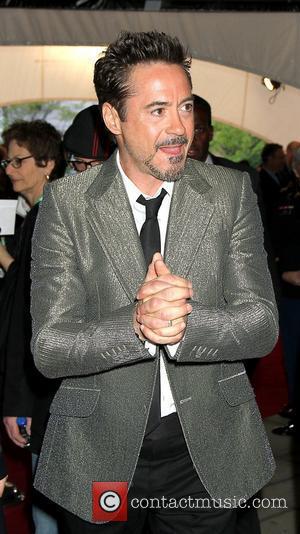 Robert Downey, JR. honoured the "real heroes" of New York City by dedicating the Tribeca Film Festival screening of The Avengers to the emergency workers of 9/11.
The cast of the superhero blockbuster turned out in Manhattan on Saturday (28Apr12) to close the Big Apple's famous film festival and around 200 of New York's police officers and firefighters were invited to the event.
Stars of the new film, including Mark Ruffalo, Chris Hemsworth and Tom Hiddleston, took to the stage with a group of the servicemen and women as Downey, Jr. honoured New York's "real heroes".
Referring to his decision to show the movie in New York, he added, "I just felt it was the right idea at the right time."
Marvel Studio boss Kevin Feige said, "We are proud that Marvel's The Avengers is the closing film of this year's Tribeca Film Festival and we are excited to welcome local heroes to the screening as special guests... when it really counts, it's our real-life heroes who save the world every day by making it a better place for all of us."
The stars of the film also posed for numerous pictures with the men and women of the New York Fire Department and New York Police Department at the Borough of Manhattan Community College, where the screening took place.