Robert Downey Jr. recently had dinner with ex-girlfriend Sarah Jessica Parker and thinks she is ''so great, so cool, so funny and in command'' of her life. 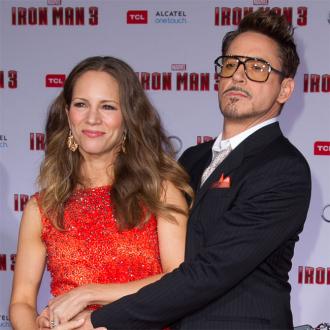 Robert Downey Jr. thinks ex-girlfriend Sarah Jessica Parker is ''so great, so cool, so funny and in command'' of her life.

The 'Avengers: Age of Ultron' star, who dated the 'Sex & the City' actress for seven years in the 1980s while he was battling a severe drug addiction, has revealed they recently met up for dinner with a mutual friend in New York City.

The 50-year-old star, who now has two children, Exton, three, and five-month-old daughter Avri, with wife Susan Downey, said: ''Private stuff aside, we were able to spend some time together and it was really cool. I went over to her place and then we went down the street [to have dinner].

''I said everything I wanted to say.''

Robert, who first admitted last year he wanted to reconnect with Sarah, who has son James, 12, and five-year-old twin daughters, Marion and Tabitha, with husband Matthew Broderick, admits their conversation was initially ''a little bit stilted.''

But he told Howard Stern on his SiriusXM radio show: ''Then there is this familiarity that overtakes it and you realise you're just in the presence of this fully mature mother and woman and artist and human being. And there is enough good will left over, you didn't burn that bridge.

''Seeing her, I was like, she is so great, so cool, so funny and so in command. I got to meet her kids and I saw the way she and Matthew lived and I respect both of them so much. I was like, man it's so weird.

''Anytime I was in a relationship, I thought, you're going to bury me next to this woman. And it's not that simple and God has other plans.''

The star didn't contact Broadway star Matthew before the meeting despite previously suggested he would.

He said: ''Really it wasn't required [to ask permission]. It's not some possessive thing or whatever.

''By the way I would love to have seen him. For my generation, he was the beginning and ending of everything you could aspire to be.''