Robert Downey Jr and Paul Thomas Anderson are writing and producing a live-action movie of 'Pinocchio' together. 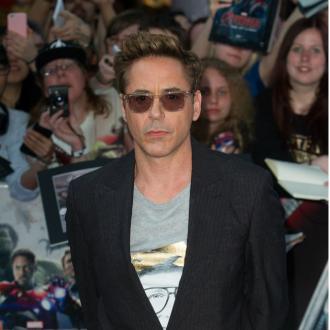 Robert Downey Jr and Paul Thomas Anderson are writing and producing a live-action movie of 'Pinocchio' together.

The 50-year-old actor is producing the live-action Warner Bros movie and will star as the toymaker Gepetto in the film that tells the story of a puppet that turns into a living boy, while the 'Boogie Nights' filmmaker is in talks to write and possibly direct it, reworking a previous screenplay draft written by Michael Mitnick.

According to The Hollywood Reporter, Robert and Paul were originally meant to work together on the 2014 film 'Inherent Vice' but scheduling conflicts led to Joaquin Phoenix stepping in as the dysfunctional detective Doc Sportello, so this will be the first time they've collaborated.

Aside from 'Pinocchio', several live-action versions of classic animated movies are currently in the works. Disney has new versions of 'The Jungle Book', 'Pete's Dragon', 'Mulan', 'Winnie the Pooh' and 'Beauty and the Beast' - with an all-star cast including Emma Thompson, Emma Watson, Sir Ian McKellan and Ewan McGregor - on the way. Meanwhile, Warner Bros' reboot of 'Peter Pan' will debut in October, and a new version of 'The Little Mermaid' is in the works at Universal.