'Iron Man 3' Not Aiming To Outdo 'The Avengers' 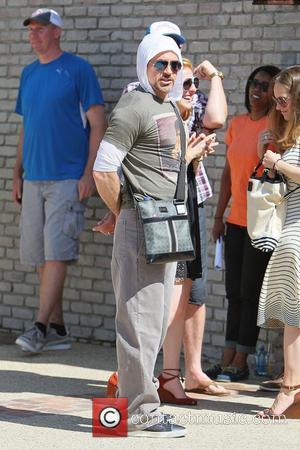 Although highly anticipated, there is much speculation about whether the new movie will reach the box office favourite 'The Avengers'' high ratings. Feige doesn't seem too worried about its reception though. "We're not aiming for bigger, necessarily, we're aiming for different, fresh and new", he said according to E! Online. "It's about capturing and redoubling the intensity that The Avengers managed to capture." While there is uncertainty about reaching 'The Avengers' heights, 'Iron Man 3' will definitely affect the tone of 'The Avengers 2' according to Black. The 'Iron Man' creators also treated the public to some long awaited info about the new film which will be 'Tony Stark-centric' according to Feige. "[The plan was to] prove [superheroes are] just as interesting if not more so by themselves as they were when they were all together", he revealed. So the movie's going to be more about Tony's life than 'The Avengers' was, does that mean more romance? Definitely so according to Black! Downey (who insists he takes his duties as a superhero 'as seriously as Shakespeare') is also showing enthusiasm for his character's onscreen relationship with Gwyneth Paltrow's character Pepper Potts. "There's never been a movie like this, where your lead guy is in a relationship, with someone to go home to", he said.

Explanations about the recently leaked photos of super villain the Iron Patriot's suit were also requested at the conference. However, it looks as though it was a bit of a hoax for 'Iron Man' fans. "The fun thing for us. is how much of all the guessing is so wrong", says Black. "I said, let's just get someone in to walk around as the most obscure Marvel villain ever". He then added jokingly that they got the costume from Kmart. The film is set to hit cinemas from April next year (2013).